NTPC To Replace 2GW Coal With Solar and Wind Energy 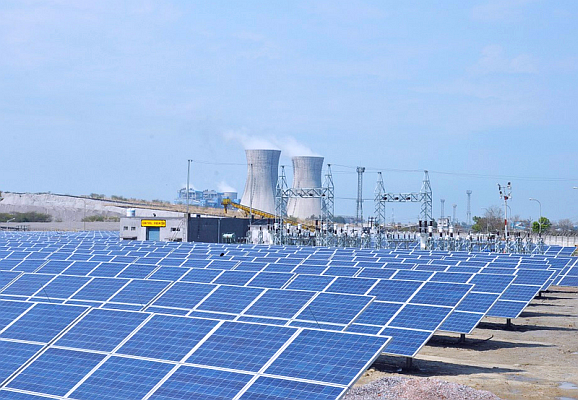 NTPC Limited will call for bids to auction 2 gigawatts of solar and wind energy capacity. The electricity generated from the auctioned projects will be used to replace the equivalent supply from coal-based power plants.

The unique aspect of this plan is that NTPC would be allowed to sell the renewable energy to power utilities across the country under the existing power purchase agreements, significantly cutting down the procedural formalities.

NTPC will share 50% of the cost savings with distribution utilities resulting from the replacement of thermal power with solar and wind energy. The company would also absorb any loss if the replacement results in increased costs.

While the idea of replacing thermal power with solar and wind energy sounds financially apt, the entire scheme would hinge upon the tariff bids placed by project developers.