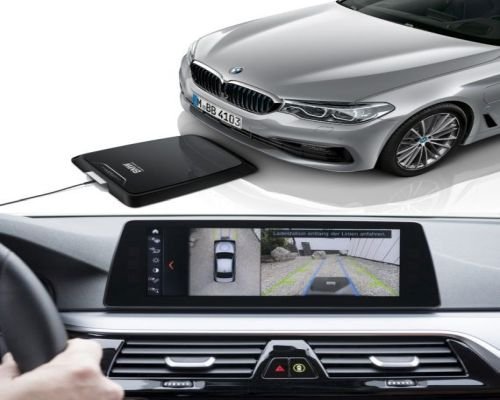 Charging an electric vehicle (EV) should be as convenient as refueling a gasoline car, if not better. It has long been a bit of a distant option, but BMW is now offering it for new plug-in models.

The company has been working on a new inductive charging system for sometime now for BMW’s i brand with the hope that it will let its EV drivers not have to worry about handling a cable at the end of the day.

This option is now set to launch next month.

Production on the wireless charger starts in July and is an integral part of the BMW Group’s “NUMBER ONE > NEXT” strategy. For now, the system can be ordered only as a leasing option for the BMW 530e iPerformance.

BMW says its inductive charging station is called a GroundPad that can be installed in a garage, outdoors, or on a secondary vehicle on the underside of the vehicle — the company calls the latter a CarPad. The system can handle up to 3.2 kW.

This means a BMW 530e iPerformance can be fully charged in around 3½ hours. As to the efficiency of the wireless system, BMW says it has reached an efficiency rate of around 85%. The product will be launched in Germany, followed by availability in the UK, the US, Japan, and finally China.