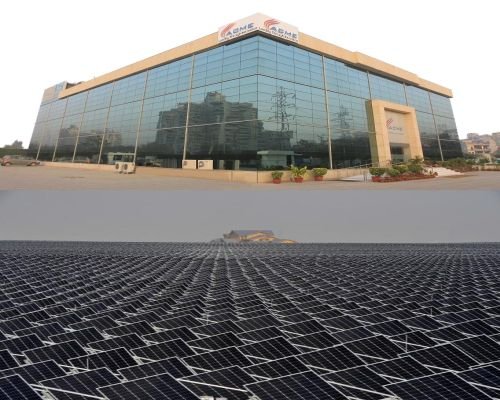 Acme Solar announced that it commissioned 200 megawatts (AC) of capacity at Rajasthan Bhadla solar power park. The company had secured the rights to develop this project at a competitive auction held in February 2017.

The auction saw massive over-subscription and only two companies managed to secure projects in the 500 megawatt capacity offered.

Just over 18 months after Acme Solar Holdings quoted India’s lowest-ever solar power tariff, the company announced that it has fully operationalized the project in the state of Rajasthan.

In February 2017, two separate auctions for 250 megawatts and 500 megawatts were held for a new phase of development at the Bhadla solar power park. Solar Energy Corporation of India (SECI) conducted the auction on behalf of state government.

Within two days, Acme Solar, which had failed to win any capacity in the first auction, broke the record for the lowest-ever solar tariff bid in India, which stands to date at Rs 2.44/kWh.

Acme Solar reported that it invested Rs 980 crore ($136 million) to set up the projects, which includes equity investment by the company and the debt funding it raised. The company has claimed that it has become that largest solar power developer in India in terms of portfolio size.