RE Invest Event Focused On India’s RE Achievements 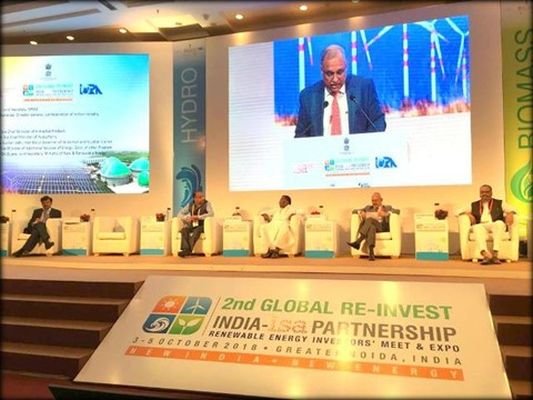 The second edition of RE Invest Event which is conducted by the Ministry of New and Renewable Energy’s (MNRE) saw a lukewarm response from Indian renewable energy developers.

The quality of the events, be it the planning, the sessions and the arrangements were average, far from matching that of say, Petrotech, organised by the ministry of petroleum and natural gas.

Many felt Re Invest got fewer visitors than Renewable Energy India (REI) Expo, held a fortnight earlier by a private agency.“That is because its dates were fixed long ago, while RE Invest seems to have been organised in a hurry,” said a developer.

The first RE Invest had seen global and local institutions promise 266 GW of renewable energy investments. The second instead was clubbed along with the first assembly of the International Solar Alliance (ISA), the joint initiative of India and France to mobilize investment in solar projects on a global scale.

Both events dwelt largely on exchange of ideas and technical know-how.

This time investment commitments were neither sought nor made. The focus was on to showcasing India’s achievements in renewable energy. The event has put India on the world renewable energy map as a significant player.

An Indian, Upendra Tripathy, former MNRE Secretary was appointed as the first director general of the ISA. Which clearly not a mean task and shows India’s RE supremacy considering that the ISA has been signed by 70 countries so far, of which around 60 had their representatives at the meeting.

The ISA aims to have 121 countries eventually and mobilise $1 trillion for solar projects by 2030.