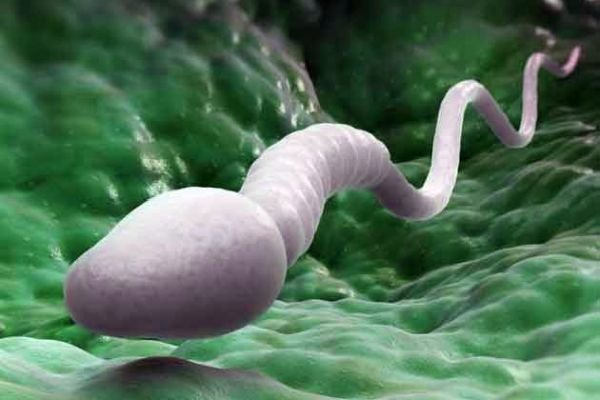 Climate change could pose a threat to male fertility — according to new findings published in the journal Nature Communications reveal that heatwaves damage sperm in insects — with negative impacts for fertility across generations.

The research team say that male infertility during heatwaves could help to explain why climate change is having such an impact on species populations, including climate-related extinctions in recent years.

Research group leader Prof Matt Gage said: “Since sperm function is essential for reproduction and population viability, these findings could provide one explanation for why biodiversity is suffering under climate change.

Local extinctions are known to occur when temperature changes become too intense. We wanted to know why this happens. And one answer could be related to sperm.”

The research team investigated the red flour beetle (Tribolium castaneum) to explore the effects of simulated heatwaves on male reproduction.

The beetles were exposed to either standard control conditions or five-day heatwave temperatures, which were 5°C to 7°C above their thermal optimum.

The team found that heatwaves halved the amount of offspring males could produce, and a second heatwave almost sterilised males.

Females, by contrast, were unaffected by heatwave conditions.

“When males were exposed to two heatwave events 10 days apart, their offspring production was less than 1 per cent of the control group. Insects in nature are likely to experience multiple heatwave events, which could become a problem for population productivity if male reproduction cannot adapt or recover.”

The research also shows that offspring sired by heatwaved dads — or their sperm — live shorter lives — by a couple of months.

And the reproductive performance of sons produced by dads — or sperm — exposed to heatwave conditions was also impacted. Sons were found to be less able to fertilise a series of potential mates, and produced less offspring.

Research has also shown that heat shock can damage male reproduction in warm blooded animals too, and past work has shown that this leads to infertility in mammals.