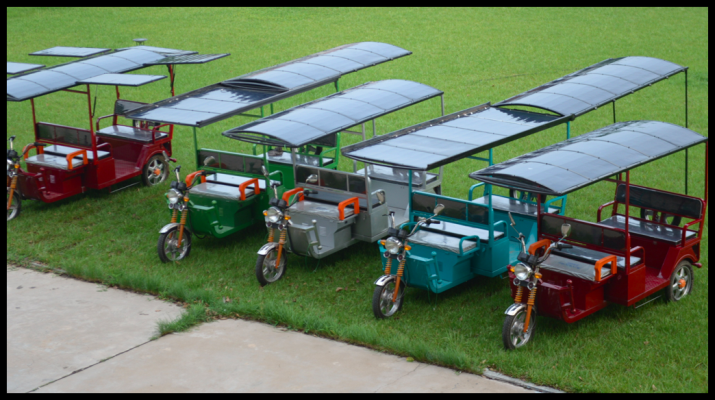 You would be surprised to know that more than 1.5 million electric tuk-tuks are currently plying on India’s roads. It’s those rickshaw taxi services, whose profits are put at risk as fuel prices rise and fall, who have been driving the electric vehicle (EV) revolution in the Asian country.

Based on Vespa’s three-wheeled Ape cargo scooter, India’s tuk-tuks can be converted into solar-powered food trucks or continent-crossing adventure-mobiles, and that’s why they work in India: they’re cheap, adaptable, and durable.

In all, more than 11,000 new electric tuk-tuks are being put into service on Indian roads each month — and that’s a statistic that got Bloomberg’s attention.

Bloomberg writes that, “about 1.5 million battery-powered, three-wheeled rickshaws – a fleet bigger than the total number of electric passenger cars sold in China since 2011.” Which is cool, but the most interesting part of the story is that this EV “revolution” is happening without government subsidy or direction.

“Drivers discovered that e-rickshaws are quieter, faster, cleaner and cheaper to maintain than a traditional auto rickshaw. They also are less strenuous than cycle rickshaws, which require all-day peddling. So with more rides possible in a day, the e-rickshaws are proving more lucrative.”

So, maybe that whole “free market” thing has some merits, after all.