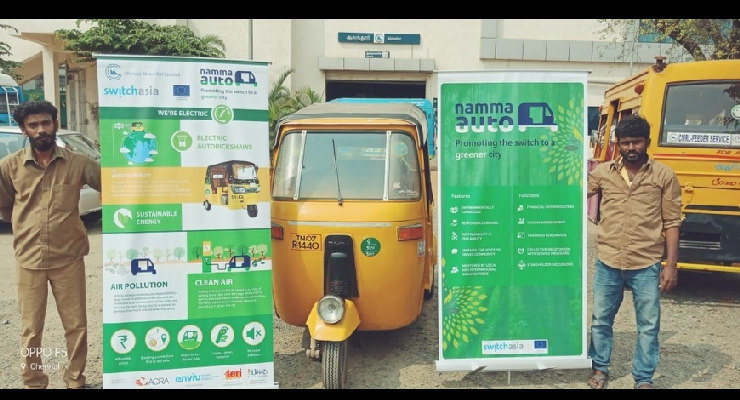 Bangalore Metro Rail Corporation Ltd (BMRCL) will provide eco-friendly first- and last-mile connectivity, you could soon use electric autorickshaws as feeder services from 10 major Metro stations in the city.

The plan is to deploy 50-100 electric auto rickshaws at 10 major Metro stations across the city. “Autorickshaws form an efficient mode of first- and last-mile connectivity in urban transport system.

The aim is to make environment-friendly autorickshaws to be a mode of choice for last-mile transport while at the same time improving the livelihood of auto drivers.

These electric autos would cover up to 15km in and around the stations and could be booked by a mobile app.

Sources say BMRCL is setting up charging points at stations like Byappanahalli, MG Road, Mysuru Road and Jayanagar stations, where these electric autorickshaws will be deployed.