SWaCH: A Blueprint For Urban Transformation 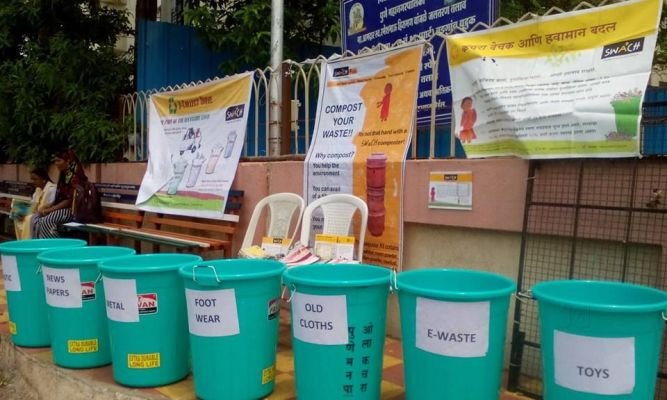 With no organized waste-collection system in the city of 4 million people-Pune isn’t the only city that has struggled to contain its waste. Municipal solid waste went largely unmanaged in the 1990s in many of India’s fast-growing cities, causing pest problems, rampant dumping, and public health crises.

Today, Pune is different—both physically and culturally. The city is de-stigmatizing waste picking while bridging a municipal service delivery gap.

SWaCH grew out of the local Pune waste pickers’ union, Kagad Kach Patra Kashtakari Panchayat (KKPKP), which had been advocating for the rights of this previously fragmented and dis-empowered workforce since 1993.

KKPKP and the Pune Municipality began the pilot program that would eventually become SWaCH in 2005 to test out door-to-door service.

In SWaCH, each waste picker purchases shares in the cooperative. Waste pickers work in pairs to collect garbage directly from 150-400 households. They sort it and drop off non-recyclables at city-run feeder points, and make a living from charging customers a fee and selling recyclables to local scrap dealers.

Those who service slum households also receive a per-household subsidy from the city to make up for the fact that fewer recyclables are usually thrown out in low-income areas.

More than 3,500 waste pickers have joined SWaCH’s ranks. They handle 1,000 tons of waste every day and recycle more than 70,000 metric tonnes of materials a year.

The ripple effects of SWaCH’s success are spreading beyond Pune. In 2016, the national government passed legislation requiring all Indian cities to register waste pickers, provide them with identification cards and include them in decision-making processes.

The city of Bangalore has adopted a modified version of the SWaCH model, integrating waste pickers into dry waste collection.

And in Pune, SWaCH has expanded its services to e-waste collection, clothing reuse, composting and more.

SWaCH is able to maintain operations solely on user fees.