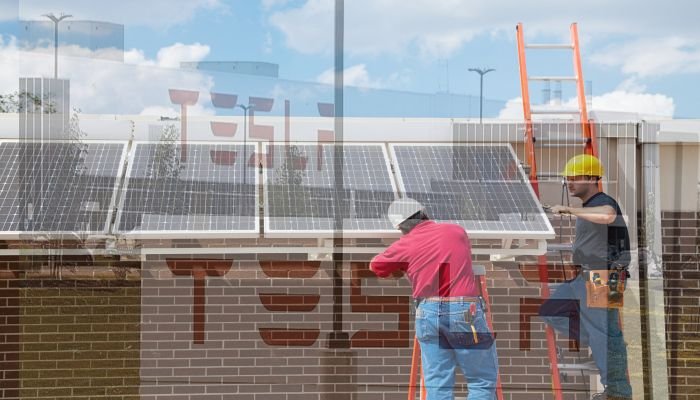 Tesla lost its throne as king of the U.S. rooftop solar business to Sunrun. Now, it may get relegated to third place.

Tesla reported on Wednesday that it deployed just 47 megawatts in the first quarter, down from 73 megawatts a year earlier and the fewest the company has installed in a single quarter since it bought SolarCity in late 2016.

Ever since Tesla acquired the solar energy business from SolarCity in late 2016, it has slashed those selling costs. It stopped selling rooftop solar system door-to-door. It launched – and quickly scrapped – a program to sell rooftop solar through Home Depot stores.

Instead, Musk’s vision for selling rooftop solar – including Tesla’s long-delayed solar roof – was to tie it in with its electric vehicles. The thinking was that the same environmentally conscious customers who want to scrap their gas-powered and environmentally damaging cars and SUVs for a much greener electric vehicle also would be interested in putting solar panels on their roof.

The idea was to put displays in Tesla’s stores showing off the solar energy systems in hopes of selling rooftop solar to the customers who walked in to look into buying an electric car. It also relied heavily on word-of-mouth recommendations.

But this didn’t work.

Tesla doesn’t really go into the reasons for the slide in its solar installations, but the company has pulled back marketing and said in February that it would close stores and promote its panels online instead.

Rivals Sunrun and Vivint Solar haven’t posted their latest earnings results yet, but they deployed 115 megawatts and 54 megawatts, respectively, in the fourth quarter.

This is a Agency News Feed