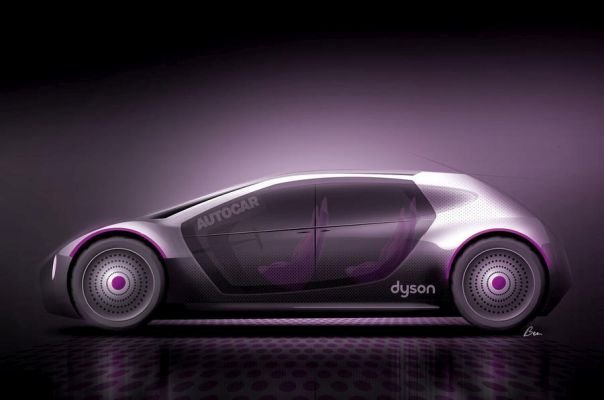 The first drafts of Dyson’s closely guarded electric car designs show a vehicle with unusual proportions that could be used off-road. The patent filings are the first clue to what the “radically different” car pledged by the British inventor Sir James Dyson might look like.

The car’s very large and narrow wheels could allow for increased range and efficiency, according to Dyson, essential for battery-powered vehicles. The wheels would be kept as close to the front and back of the vehicle as possible to make the car “highly manoeuvrable … and improving handling on rough terrain.”

Despite the high ground clearance, the vehicle’s overall height would be lower than most SUVs, and a larger, thinner battery pack than rivals would help give more space inside. The driver would sit lower in the cabin, with a shallow-angled windscreen improving aerodynamics.

Dyson, whose fortune was built on revolutionizing the traditional vacuum cleaner design, has so far indicated the car would be a premium vehicle, implying a price tag in the range of a Tesla.

Dyson has said the vehicle will go on sale in a limited number of countries at first, with China likely to be a frontrunner, and would be “entirely designed by Dyson, manufactured by Dyson and sold by Dyson”.

The car would build on Dyson technology used in its other products, such as its own motor and battery types.

The cars are expected to launch in 2021, a year behind the original date.