Renewable Industry Has ‘High Hopes’ From Second Term Of BJP 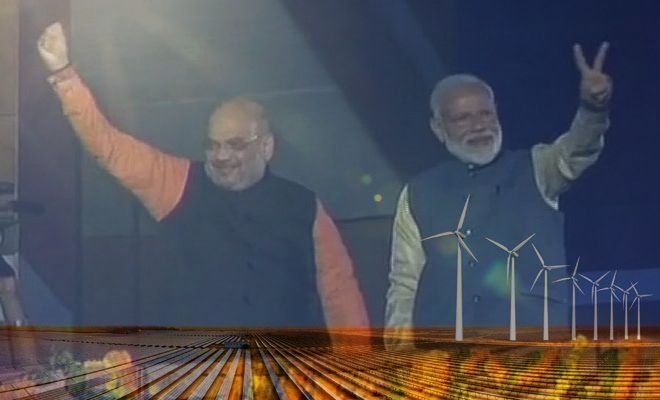 With BJP government winning another term in office, renewable industry hopes that the renewables will get a major boost and the government will focus on policy stability to spur growth, gaining from the likely continuity in administration.

The sector has witnessed some positive movement in the last year, with the implementation of safeguard duty, de-linked manufacturing tender and introduction of the KUSUM scheme, the government is expected to continue its support with primary focus on domestic manufacturers.

The KUSUM scheme has already seen tremendous success with installations of over 30 million agricultural pumps and over 20 million grid-connected water pumps. Industry hopes that the push for the same would continue.

Based on the overall direction of recent policy initiatives-

The industries expectation from the second-term mandate to NDA is, that it will further ease private sector participation in power sector by amending the Electricity Act and further carry out reforms in discoms.

This will help attain energy security and generate much needed employment.