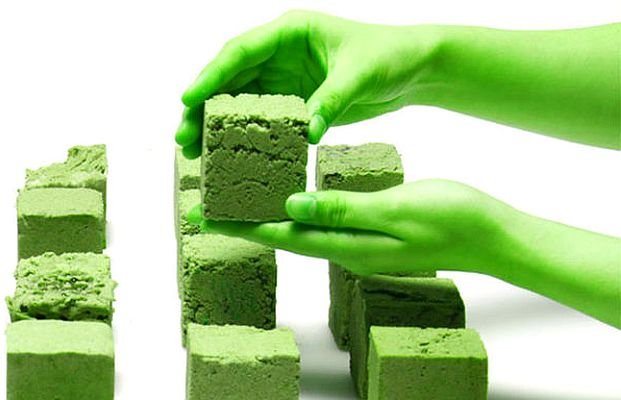 In many parts of the world, residential and commercial buildings are made of concrete and/or concrete blocks. But making the cement which is used in concrete is responsible for 8% of the global emissions each year. It creates a third as much carbon pollution as the world’s entire transportation sector.

The basic raw material for cement is limestone, which is converted to cement clinker in large furnaces. Around one ton of carbon dioxide is released during cement production for every ton of limestone.

Replacing the limestone in cement production would result in greatly reduced carbon emissions.

The researches investigated a number of different ratios of ingredients and analyzed the physical properties of the new cement products they formed. The biggest advantage is that both aluminum and kaolin contain no carbon dioxide that can be released during processing.

Cement producers could either switch completely to the more climate-friendly materials or produce cement mixtures that use a lower ratio of limestone and are therefore more climate friendly.

There are limits to the process, however. “There aren’t enough industrial residues to cover the global demand for cement.

So his team is also looking for suitable natural products such as volcanic ash or various mineral resources that have not yet been used industrially and that do not release carbon dioxide as well.