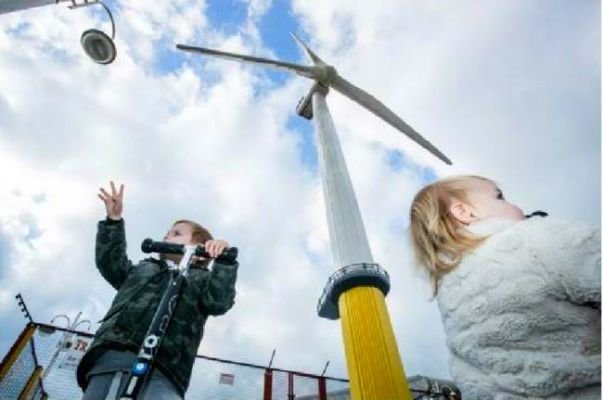 The LEGO Group has built the largest ever LEGO® brick wind turbine, a Guinness World Records™ title to commemorate the LEGO Groups achievement of balancing 100% of its energy use with energy from renewable sources.

Built with 146,000 LEGO bricks, the wind turbine stands 7.5 metres tall and is a tribute to the record 200 metre tall wind turbines of the Burbo Bank Extension wind farm – the largest windmills in operation globally.

Since 2012, the LEGO Group has supported the development of more than 160 megawatts of renewable energy. The latest investment is a 25% stake in the Burbo Bank Extension wind farm off the coast of Liverpool, UK.

The wind farm, which was officially opened recently, will generate clean power for more than 230,000 British households.

The total ouput from the investments by the LEGO Group in renewables now exceeds the energy consumed at all LEGO factories, stores and offices globally.

In 2016, more than 360 gigawatt hours of energy were used by the LEGO Group to produce the more than 75 billion LEGO bricks sold around the world during the year.

It has challenged children around the world to create their own renewable energy solutions.