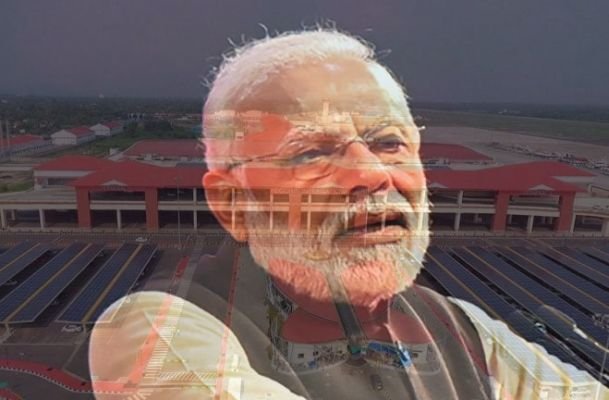 Impressed by the fully solar-powered operations at the Cochin International Airport (CIAL), Prime Minister Narendra Modi said it should be an inspiring model for energy guzzlers and suggested that stadiums can tap the natural resource for achieving power neutrality.

The CIAL model of solarisation should inspire all other high-energy consumers, Modi said, adding that the possibilities of laying solar panels at probable locations needed to be explored. He also suggested that the roof of the galleries of stadiums could be used for that.

The CIAL at present is one of the largest green energy companies in the country with a total installed capacity of 40 MWp.

The airport, on an average, receives 1.62 lakhs units of power a day from the solar plant, whereas the daily consumption stands at around 1.52 lakhs units.

The airport achieved the status of power neutrality in August, 2015 and won the United Nations Champions of the Earth award in 2018.