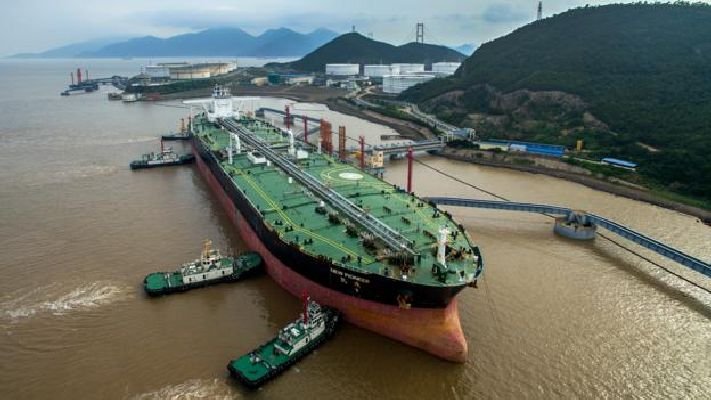 There are thousands of giant oil tankers crisscrossing the world’s oceans with their cargoes of death-dealing products. Every year, a hundred or so are retired.

Many of those are run aground off the coast of Bangladesh where they are cut up for scrap by unskilled workers who risk life and limb to eke out a meager existence.

ShipEco Marine has a better idea — cut large holes in the hull of these behemoths, build watertight silos inside, and let the waves passing beneath them compress the air inside those silos. The air pressure can then be harvested to run electrical generators.

Think of it as wind turbines that operate horizontally.

The current problem with most wave energy projects is that they are fixed in place, close to the shore so they can be connected to the electricity grid.

This isn’t necessarily where the best waves are.

With a ship you are mobile, so you can move to the edge of low pressure weather systems where the waves are bigger and there is more energy.

Out on the open ocean unimpeded winds can generate larger waves, the amount of energy that can be generated is many times greater than can be produced in coastal areas.

In the “waveship” concept a turbine is put at the top of the chamber that is driven by the air as it is pulled back and forth by the water. We could put these in columns all down the length of a ship like an oil tanker.

The laboratory tests have shown the “waveship” concept is at least feasible.