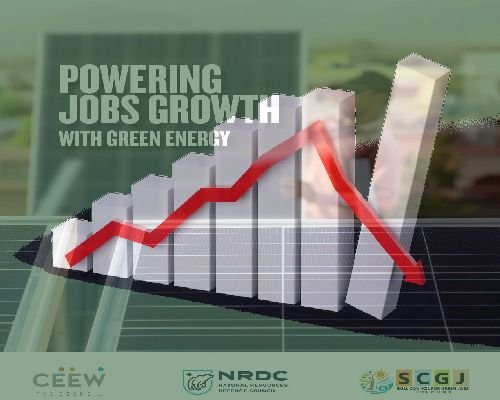 According to the report ‘Powering Jobs Growth with Green Energy’ which was released by, the Council on Energy, Environment and Water (CEEW), the Natural Resources Defense Council (NRDC) and the Skill Council for Green Jobs (SCGJ), in 2019, nearly 100,000 workers are employed in the solar and wind industry, up from 19,800 in 2014.

Rapid capacity addition in India’s solar and wind sectors has been the primary factor behind the growth.

The CEEW, NRDC, SCGJ analysis finds that 45,000 workers could be employed in solar module manufacturing in India as part of the 100 GW solar target.

Renewable energy jobs growth slowed in 2019 because of the 20 per cent decline in capacity additions in the solar and wind sector.

The goods and services tax (GST), imposition of safeguard duty, payment delays by power distribution companies, lack of finance and infrastructure constraints were key reasons behind the slowdown.