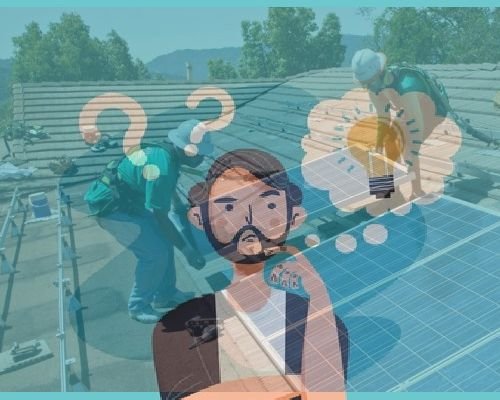 A few weeks back there were a number of posts from the mainstream media in India which claimed Gujarat to be the leading state in terms of rooftop solar installations.

The excitement for the news on social media was visible from the enthusiastic shares by supporters of both the state and the solar sector.

But is Gujarat really the leading rooftop solar installations in India? The answer to that question in short NO.

It all started with the reply of Mr R K Singh, the Minister for Power & New and Renewable Energy, in response to a question raised by Mr. Parimal Nathwani, Member of Parliament from the state of Jharkhand.

As per the information shared by the minister, a total of 1700 MW has been installed in India until 18 July 2019. This includes 918.42 MW of subsidized system with the remaining capacity added without any government aid.

If we rely on this data alone, then Gujarat is the clear leader with a rooftop solar capacity of 261.97 MW. Maharashtra and Tamil Nadu follow behind at 198.52 MW and 151.62 MW, respectively.

The numbers captured by MNRE are quite accurate for the subsidized systems. That’s because MNRE governs the subsidy disbursal from the central government.

The non-subsidized installations data, however, it seems are not collected as thoroughly.

The other data sources commonly followed in the industry is the “India Solar rooftop map report” which is released by Bridge to India on a quarterly basis.

Taking into account the installations across businesses which are probably not captured accurately by MNRE, Maharashtra comes out as the top performer. For commercial and industrial sectors alone, the state boasts of a total installed capacity of 578 MW.

The states trailing the pole position are Rajasthan at 352 MW, Tamil Nadu at 293 MW, and Gujarat at 264 MW.

So if we look at the overall data, it is Maharashtra which is leading the rooftop solar installations race for now.

Nevertheless, when it comes to residential rooftop solar installations, Gujarat is possibly the leading state.