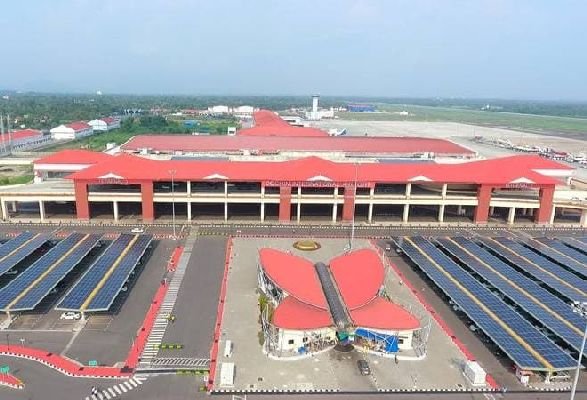 Authorities of the Cochin International Airport have decided to dismantle solar panels from one of its eight projects running on the premises, following objections from local residents.

Local residents claimed that the “canal top project” at the airport was responsible for disrupting the flow of water during the recent floods.

The “canal top project”, one of the eight solar panel projects of the airport, has a total installed capacity of 40 MW and produces about 1.6 lakh units of power every day.

A total of 40 MW of electricity was being produced by the Cochin International Airport Limited (CIAL) so far, but they will now have to continue with just seven of the original eight projects.

A systematic, well-researched design with the concrete structure and diversion canal was used for the construction but as the locals are objecting to it, the CIAL sees no point in continuing.

Incidentally, CIAL was awarded the “Champions of the Earth” award by the United Nations at a ceremony in New York last year for its initiatives in the field of sustainable energy.