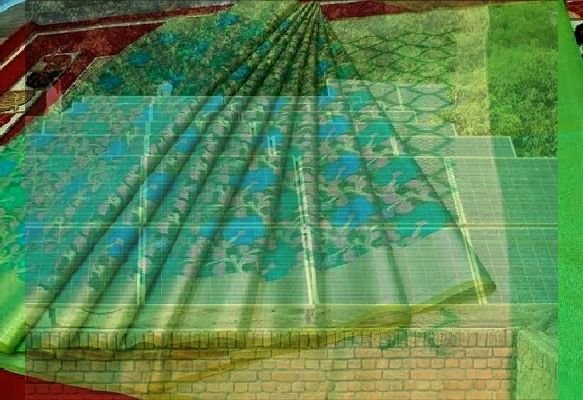 Thanks to the Delhi-based TERI (The Energy and Resources Institute) and their solar-powered looms, the lives of Varanasi-based Mohammad Gulzar a Banarasi Saree Weaver has changed for the better now.

He now works with solar-powered machines that has made his pockets happier, work easier, and the environment greener.

Till 2000, the 40-year-old handcrafted the sarees and later shifted to power looms. While the looms proved to be a boon that quickened the weaving process, erratic power supply often stalled his work and due to stopping of looms the threads would break, get entangled, and chaos would reign every time the system would shut down.

TERI engineers intervened and developed a power back up, which takes a few microseconds to generate electricity.

The hybrid solar charge controller transfers the power from solar panels to the inverter which the loom uses.

The surplus power gets stored in lithium batteries for back-up in case of load shedding.

The hybrid charging units for power loom are financially supported by Indus Towers under their Corporate Social Responsibility initiative.