Yulu Electric Bikes, For You, At Bengaluru Railway Stations 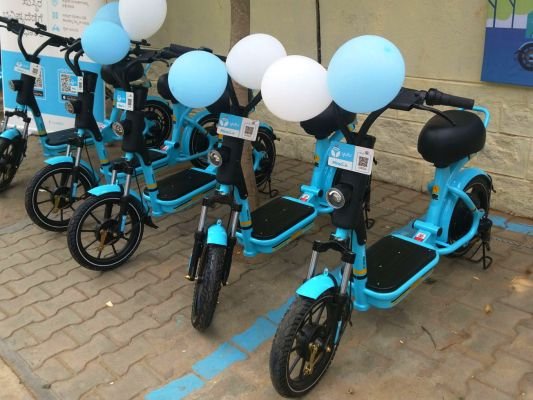 The Yulu bikes can be run on electric (Miracle) and can also be manually operated. These can be picked up or returned from the designated parking spots at these railway stations or they can be hired from its 1,000 parking spots spread across city.

The electric bikes can be booked through an app ‘Yulu’ available on smartphones working both on Android and IOS operating systems.

Whenever one wants to hire, the app needs to be unlocked and the QR code found on the bike needs to be scanned which will unlock the bike for use.

Rs.10 will be charged for first 10 minutes and additional Rs10 from thereafter for every 10 minutes of use.