Renewable Energy Addition To Peak In Next 3-4 Quarters 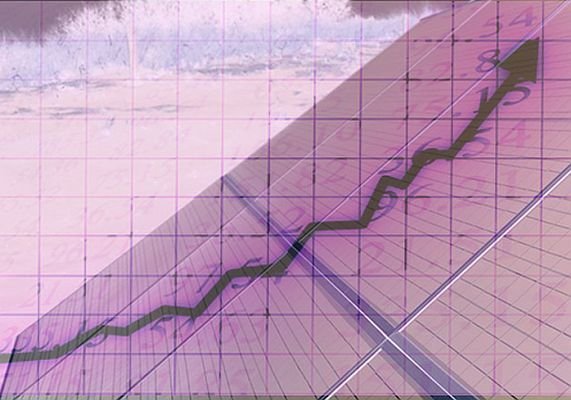 On the back of the Modi government’s aim of achieving 175 GW renewable energy generation capacity by 2022, two-thirds of the total power capacity added this year came from renewable sources.

5.8 GW of new capacity has been added during the first half of the current fiscal year, primarily including solar and wind energy.

Renewable energy capacity addition is expected to peak over the next 3-4 quarters on the back of execution of strong order book pipeline.

Solar Project developers would also be looking to take benefit of moderation of safeguard duty on the imported solar panel.

The overall power generation in the first seven months of this fiscal year grew by 1.5 per cent, while nuclear and hydropower production recorded a robust recovery of 25.5 per cent and 15 per cent growth respectively.

Though the thermal power is still the largest source of power in the country, at nearly 73 per cent, it dropped to its lowest level since 1991-92 in the current financial year.

Fall in capacity utilization is said to be the major cause of concern for the already ailing thermal power segment. The thermal segment has been under stress due to issues such as prolonged delay in payments and mounting dues from state distribution companies, fuel supply woes, etc.

Also, on the back of slowdown across the manufacturing industry, the CARE Ratings agency has also revised growth estimates for power generation to 1-3 per cent for FY20 from its earlier estimate of 5-6 per cent.