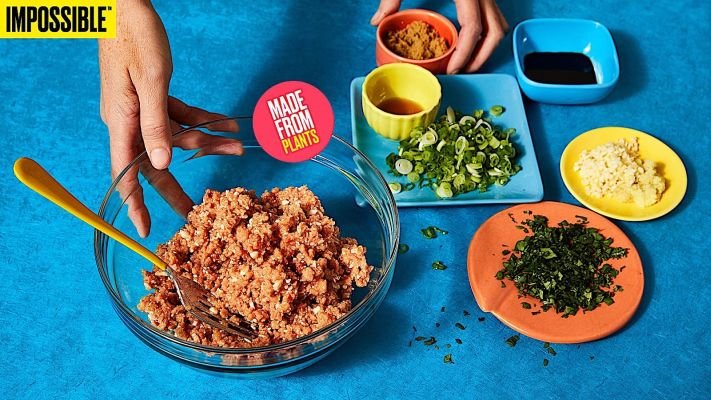 Impossible Foods Inc. has revealed its own plant-based take on pork called — you guessed it — Impossible Pork. Pork is the company’s second core offering after beef.

According to a press release, Impossible Pork can be steamed, baked in an oven, charbroiled, grilled on a flat-top or sauteed, much like the real thing.

Along with Impossible Pork, the company is also launching Impossible Sausage — which is more or less exactly what you think it is.

The company has yet to reveal any pricing or availability of its Pork and Sausage offerings. However, the Sausage will debut exclusively at 139 Burger King restaurants in the U.S. in January.

Food that’s an imitation of other food is kind of a trend. In addition to Impossible Foods, there’s Beyond Meat, which also makes a fake beef patty.

You can pair your fake meat with fake wines, from Endless West and Replica Wine. Or if milk is more your speed, there are dairy-free “milks” from Perfect Day Foods and Ripple Foods.

These companies are leaning hard on the promise of sustainability and health, trying to appeal to environmentally conscious consumers as better alternatives for conventional meat, dairy, and wine.

These products are aimed at people who are thinking about reducing their meat consumption and are nervous about taking the plunge.