New Rexi Hydropanels Are Of Half The Size, Yet Produce Same Liters Of Pure Water 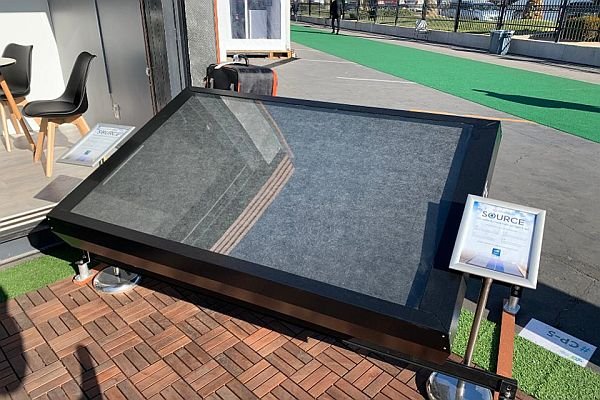 Zero Mass Water founder and CEO Cody Friesen launched Zero Mass Water on the premise that his expertise in material science could effectively decouple the water supply for humans from the weather.

Inspired by the rapid decline in wind and solar which saw a compression of cost of around 10x in as many years, Cody believed the same improvements could be realized with the Hydropanels he brought to market.

Hydropanels leverage the power of the very same photovoltaic solar panels and Cody’s mastery of material science to extract water from the air in even the most arid of environments.

In the last year alone, the team at Zero Mass Water has shrunk down their Hydropanels to nearly half the size in their new Rexi panels.

Even with their smaller footprint, the improved design extracts the same amount of water from the air per day at up to 5 liters per panel per day.

The more compact form factor makes them easier to transport en route to their final destination, while at the same time allowing customers to install them in a more compact space.

The panels are typically installed in a minimum of a pair per location, but can also be installed in massive fields to provide a stable, weather-agnostic source of water for entire communities.

Much like photovoltaic solar brought energy freedom for those in developed and developing areas of the world, Zero Mass Water’s Hydropanels are not simply for the affluent.

Scaling up from rooftop residential installations of two or three panels, Zero Mass Water is now installing panels at scale in what they’re calling Source Fields.

These larger installations leverage scale to bring the cost down as a way of enabling access to clean drinking water.