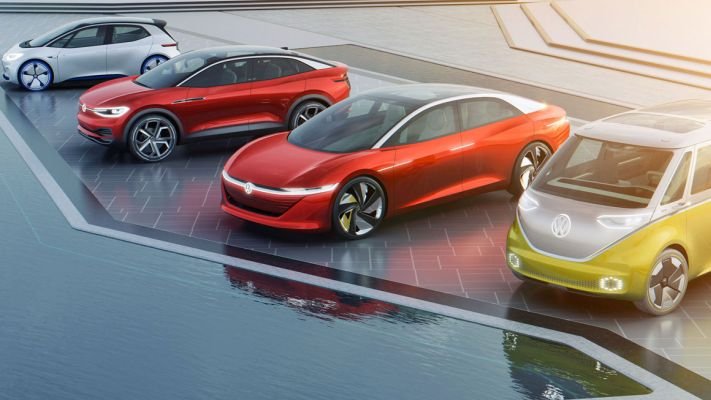 Consulting firm Wood Mackenzie says in its latest report that Volkswagen is on pace to be the largest manufacturer of electric cars by the end of this decade.

It is currently in 10th place globally. The company says it expects to produce 22 million battery electric vehicles by 2028.

Wood Mackenzie feels that in order to achieve that goal, Volkswagen will need to capture 53% of the global market for electric cars between now and 2028.

The company would also need to secure 57% of all EV battery pack production, something that would prove to be extremely challenging.

The company obviously has to have its supply chain in place to achieve the production totals it projects. VW has reached an agreement with Ganfeng to supply lithium for the next decade.

It also has cell supply deals with Samsung SDI, LG Chem, SK Innovation and CATL. Most recently, VW invested $1 billion in Northvolt, a Swedish battery manufacturer. If any of those suppliers falter, the company’s targets could be negatively affected

It is more realistic to expect Volkswagen to produce about 14 to 16 million EVs in the coming decade. Even those reduced numbers would represent 27% to 39% of the global market and make VW top dog in the electric car world.

Wood Mackenzie says that could only happen if Tesla introduces less expensive, entry level cars — something Volkswagen is already planning on doing, especially in the critical China market.