PM-Kusum Scheme To Get UP Government’s Budgetary Push 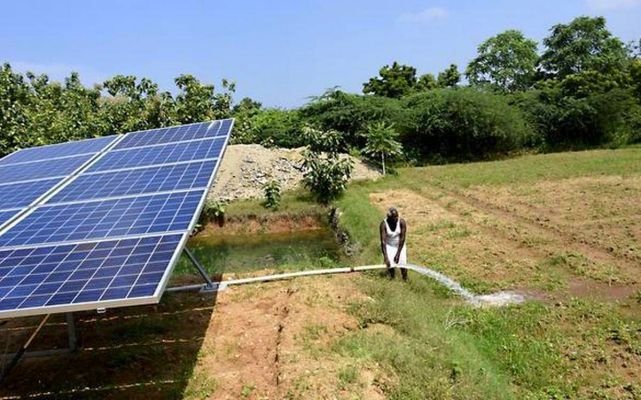 The UP government is likely to lend a budgetary push to the ambitious PM Kisan Urja Suraksha evam Utthan Mahaabhiyan (PM-Kusum) scheme envisaging solarisation of agricultural pumps up to a capacity of 7.5 horse power.

Power officials confirmed that the energy department would seek funds to give a fillip to the scheme which is seen as an alternative to energizing the agriculture sector accounting for 16% of the total power consumption in the state.

According to sources, the energy department would be seeking budgetary provision in component B and C under Kusum scheme.

A concept note of the ministry of new and renewable energy (MNRE) says that the PM-Kusum scheme is part of Intended Nationally Determined Contributions (INDCs) wherein the government has committed to increase the share of installed capacity of electric power from non-fossil fuel sources to 40% by 2030.

The Union cabinet has already approved scaling up of solar power target from 20,000 MW of grid connected solar power projects to 1 lakh MW by 2022.

It has been planned to simultaneously develop decentralized solar energy and other renewable energy generation plants of capacity up to 2 Mw, which could be connected directly to existing 33/11 KV substations of distribution company, thus saving in transmission requirement apart from transmission and distribution losses.