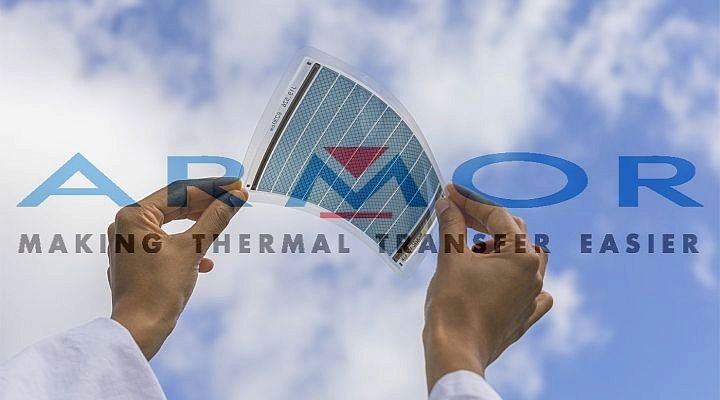 The flexibility means ASCA thin-film solar products can be mounted on curved surfaces, something traditional solar panels cannot do. In tests, it can be rolled and unrolled 50,000 with no loss of performance.

According to the company, ASCA weighs only about 450 grams per square meter. To put that in perspective, it is about 30 times lighter than other technologies. A piece the size of a sheet of paper weighs only 30 grams — about the same as 6 sheets of paper the same size.

The thin-film solar panels cover an area of 4 square meters — enough to provide supplementary power to the vehicle and increase its range up to 15 kilometers (9.3 miles) a day based on the car being exposed to the sun for 8 hours.

The company has set a target of gaining 30 miles of range (48 km) per day within 3 years.

There is a lot of interest in adding solar panels to electric cars to extend their range but Armor is the first to fit them to a cover for a car instead of to the car itself.

The company says its ASCA thin-film products can be incorporated directly into the surface of a car as well. It makes variations of the ASCA thin-film that are resistant to damage from high pressures and pounding.