Renewables To Grow & Oil To Flatten During Pandemic 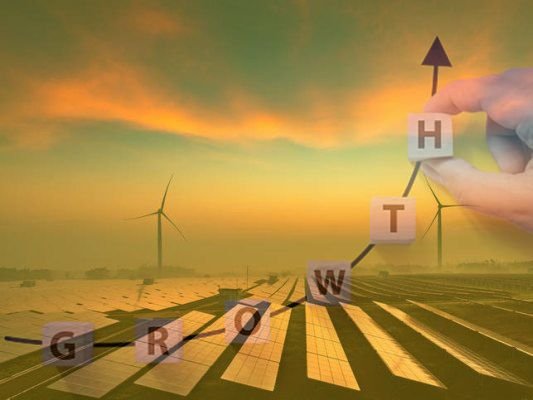 The renewable-energy business is expected to keep growing, though more slowly, in contrast to fossil fuel companies, which have been hammered by low oil and gas prices.

Renewable energy sources are set to account for nearly 21 percent of the electricity the United States uses for the first time this year, up from about 18 percent last year and 10 percent in 2010.

And while work on some solar and wind projects has been delayed by the outbreak, industry executives and analysts expect the renewable business to continue growing in 2020 and next year even as oil, gas and coal companies struggle financially or seek bankruptcy protection.

Even the decline in electricity use in recent weeks as businesses halted operations could help renewables, according to analysts at Raymond James & Associates.

That’s because utilities, as revenue suffers, will try to get more electricity from wind and solar farms, which cost little to operate, and less from power plants fueled by fossil fuels.

Of course, the economic slowdown caused by the fight against the coronavirus is taking a toll on parts of the renewable energy industry just as it is on the rest of the economy.

Businesses that until recently were adding workers are laying people off and putting off investments. Among the hardest hit are smaller companies that sell solar panels for rooftops.

According to Wood Mackenzie, solar and wind power will continue adding capacity this year and next. New wind installations might be down only about 3 percent from earlier projections, largely because wind turbines are typically erected outside urban areas, and many states have deemed construction an essential activity during the pandemic.