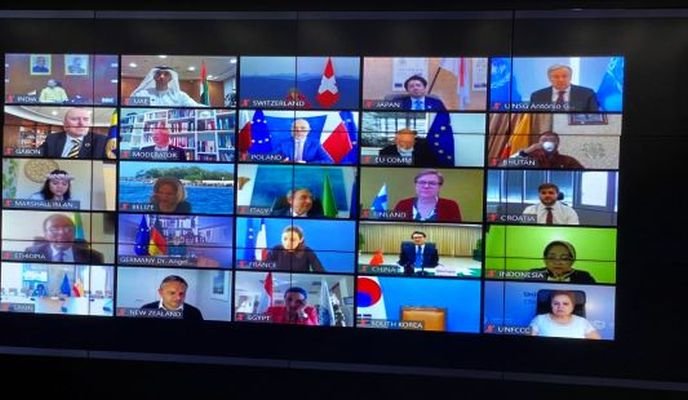 The coronavirus crisis is presenting the international climate negotiations with new challenges. This year, the Petersberg Climate Dialogue (PCD) did not take place in its usual format.

This time, however, the ministers of 30 countries met online, because it is essential that the exchange on the important issue of climate action continues.

The 11th Petersberg Climate Dialogue (PCD) was therefore held as a video conference on 27 and 28 April. The United Kingdom, as president of the next Climate Change Conference (COP 26), co-chaired this year’s PCD.

Representing India in this first virtual Petersberg Climate Dialogue,Union Minister for Environment, Forest and Climate Change, Shri Prakash Javadekar said that, Today, as the World is unitedly engaged in finding a vaccine for novel Coronavirus, likewise we should have Climate Technology as open source which must be available at affordable cost.

Stressing on the issue of Climate finance, Shri Javadekar said the World now needs more. “We must plan for 1 trillion USD in grants to developing world immediately”, advocated the Union Minister.

He mentioned that India’s Nationally Determined Contributions spanning a ten-year time frame are ambitious and are also compliant with the temperature goal of the Paris Agreement.

The first virtual Climate Dialogue, was the eleventh session of Petersberg Climate Dialogue which has been hosted by Germany since 2010 to provide a forum for informal high-level political discussions, focusing both on international climate negotiations and the advancement of climate action.

This is a Press Information Bureau Feed, edited by Clean-Future Team