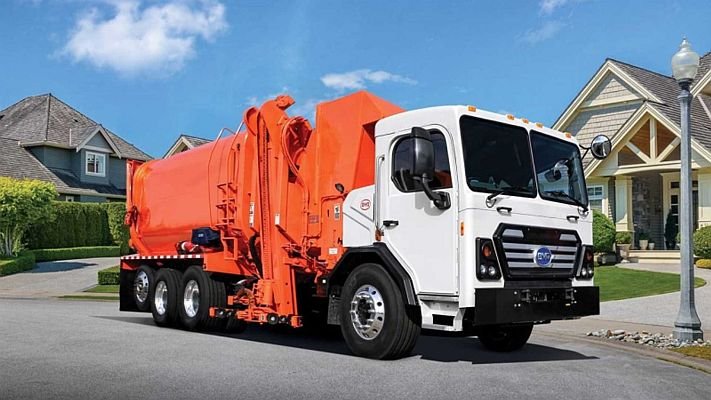 BYD is a world leader when it comes to heavy duty electric vehicles (trucks and buses primarily) and you can’t but be impressed by this rather cool garbage truck doing its thing in California.

It’s as quiet as we’ve come to expect EVs to be and its extendable robotic arm quickly picks up street bins, chucks their contents inside and carries on doing it.

It’s probably one of the first applications where diesel truck-based machines could be easily replaced by EVs.

In fact, this particular truck only has a quoted range of under 80 miles (130 km) and it draws from a 178 kWh battery pack which, as you can imagine, also powers the arm on top of its two 201 horsepower electric motors; its top speed is 56 mph (90 km/h).

And on top of it being greener and quieter than an equivalent diesel, BYD also points out that over the course of a year, using one of these trucks could save around $10,000 in fuel costs and about $3,000 in maintenance.

This may not be a glamorous EV, but it’s one that’s genuinely useful and undeniably better than a regular diesel burning garbage truck as it doesn’t emit nasty diesel fumes.