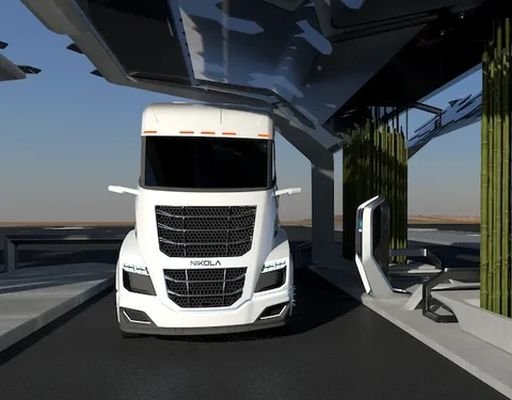 EV startup Nikola is planning its post COVID-19 recovery on green hydrogen fuel cell electric vehicles (FCEV). A green hydrogen is obtained primarily by splitting water with an electrical current from wind turbines or solar panels. Wastewater or seawater, and biogas and other bio-based sources, are also in the works.

The Arizona-based startup Nikola made a splashy entrance into the FCEV field in the long haul trucking area, with the promise of generating hydrogen on site at fuel stations with on-site solar arrays.

The on-site solar vision appears to have gone somewhat adrift, but green hydrogen is still part of the mix.

Earlier this week, Nikola firmed up its green hydrogen plans by hooking up with Norway’s Nel ASA, which specializes in renewable H2.

Nikola will put $30 million worth of Nel’s electrolyzer equipment to work splitting water at five of its new fuel stations, which the company is billing as “the world’s first 8 ton per day hydrogen fueling stations.”

Nikola expects a total of more than 40,000 kilograms of hydrogen daily from the five stations once everything is up and running. They are looking to build 700 of these 8-ton-per-day stations in the US and Canada.

Earlier this week they went public, which made it one of Arizona’s most valuable companies practically overnight at $12 billion in capitalization.

The infusion of funds will support the company’s plans for an FCEV truck factory in Coolidge, Arizona as part of a regional automotive hub plan, along with getting to work on those first hydrogen fuel stations.