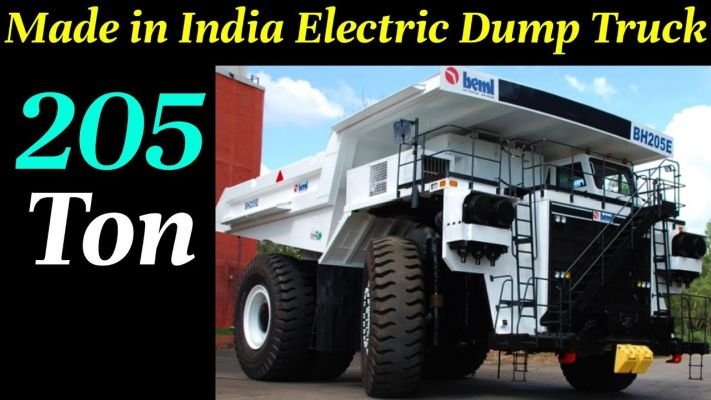 BEML, a PSU under the Ministry of Defence, developed the gargantuan dump truck to reinforce the ‘Make in India’ initiative by addressing the growing demand for higher capacity equipments in the mining industry.

BH205-E has been developed for large-scale mining operations. It is powered by Tier-II emission complaint modular common rail electronic engine with 2300HP.

The AC drive system has been engineered to provide exceptional haul road performance with reduced maintenance, according to the BEML.

The truck weighs 335 tonnes when fully loaded but it is easily manoeuvrable with power-steering and short turning radius. It has an ergonomically designed dash board and a tiltable telescopic steering wheel.

Other features include good visibility in addition to safety with provisions for emergency steering, breaking and proximity warning.

The dump truck has been developed for use in the project of Northern Coalfields Limited (NCL), Singrauli.

This is a BEML PR Feed, edited by Clean-Future Team