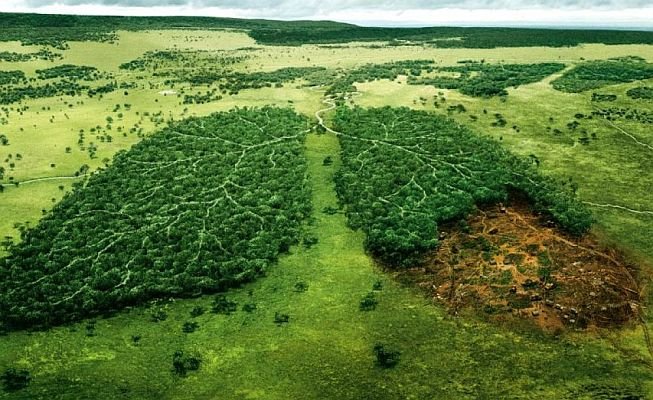 Rather than benefiting the environment, large-scale tree planting may do the opposite, two new studies have found. The key message from both papers is that planting is not a simple climate solution.

One paper says that financial incentives to plant forest can backfire and reduce biodiversity with little impact on carbon emissions. A separate project found that the amount of carbon that new forests can absorb may be overestimated.

In the UK, promises by the political parties to plant in large numbers were a feature of last year’s general election. In the US, even President Donald Trump has rowed in behind the Trillion Trees Campaign.

But scientists have urged caution against the headlong rush to plant new forests.

The authors of this new study have looked closely at the financial incentives given to private landowners in Chile over a period spanning from 1974 to 2012.

The law subsidized 75% of the costs of planting new forests.

While it was intended not to apply to existing forests, lax enforcement and budgetary limitations meant that some landowners simply replaced native forests with more profitable new plantations.

Their study found the subsidy scheme expanded the area covered by trees, but decreased the area of native forest and also killed biodiversity.

A second study set out to examine how much carbon a newly planted forest would be able to absorb from the atmosphere.They did their study in northern China.

Looking at 11,000 soil samples taken from afforested plots, the scientists found that in carbon poor soils, adding new trees did increase the density of organic carbon. But where soils were already rich in carbon, adding new trees decreased this density.

The authors say that previous assumptions about how much organic carbon can be fixed by planting new trees is likely an overestimate.