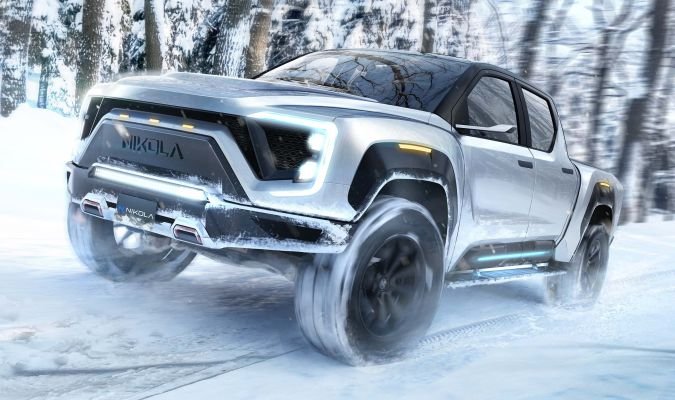 For $5,000 fee, customers can secure their own powerhouse truck that will eventually be competing against Tesla’s much-hyped Cybertruck.

Truck base prices range from $60,000 for a battery-only version that travels up to 300 miles on a full charge to more than $80,000 for a truck that uses both batteries and a hydrogen fuel cell system with a range of up to 600 miles(965 Kms approx.).

Like Tesla, this is a young company with massive ambitions that require massive amounts of capital; but unlike, Tesla, which pushes to vertically integrate as much of its technology and production in house, Nikola intends to work with numerous industrial partners to bring its vehicles to market and keep them fueled.

Those include Bosch for key components and European commercial vehicle maker CNH Industrial CNHI to build Nikola’s battery-electric Tre semi next year in Germany, prior to the opening of Nikola’s factory in Arizona.

The best part is that Nikola, has yet to make a single dollar in revenue, but still it saw a massive surge in its valuation, climbing above $20 billion upon going public earlier this year — even surpassing the market values of established automakers Chrysler and Ford.