Sony’s Wearable Air Conditioner Is On Sale At Amazon 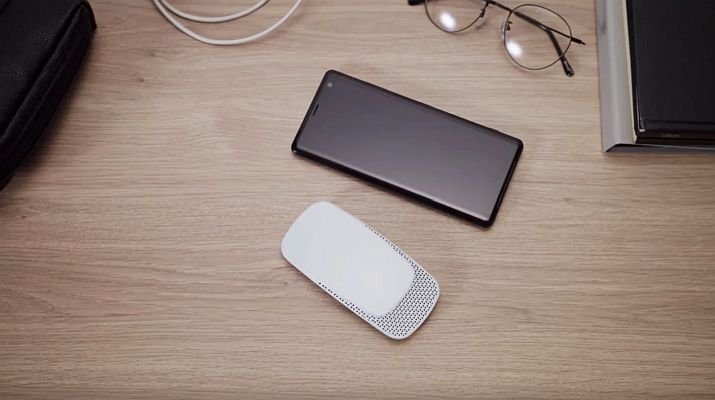 Sony has developed a wearable personal air conditioner, called “Reon Pocket,” this device can stick inside a specially-designed pocket sewn into an accompanying shirt.

The device is roughly the size of an external battery pack and can, according to Sony, cool you down by a whopping 23 degrees Fahrenheit. It can even warm you up in winter by 14 degrees.

The device uses the “Peltier effect” to either absorb or produce heat by passing a current through a thermocouple circuit and a small fan.

A 2.5 hour charge gets you anywhere between two to four hours of cooling or heating, the company says.

Sony is also selling T-shirts alongside the device, for $20 each, that feature a special pocket between the shoulder blades to slide the device into.

The side of the Reon Pocket that rests against the wearer’s back is promised to remain cool to the touch while heat is removed through a small fan that vents warm air out and away from the body.

Using a companion mobile app for iOS and Android devices the Reon Pocket can be manually adjusted as needed, or even set to an automatic mode .

The device uses temperature and motion sensors to detect what the wearer is doing, how they’re feeling, and then appropriately adjust the cooling mode to ensure their desired comfort level is maintained.

The device went on sale exclusively in Japan on July 1, where it costs about $170. Sony has yet to announce any plans to sell the device in the US.

Early reviews are mixed. The device has an average of 2.8 stars out of five on Amazon Japan.