Global Population Is Going Into A Massive Decline 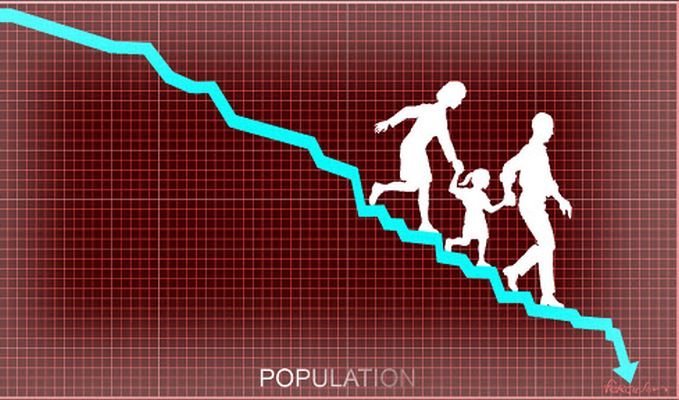 People around the globe are having way fewer babies and so the population is on the decline. By the year 2100, that might turn into a pretty big problem for humanity — rather than the relief one might expect.

But aren’t fewer humans better for a ravished world that’s rapidly being drained of its resources? The researchers suggest that there may be fewer babies being born, but any positive consequences for the environment would be offset by the challenges of a rapidly aging population.

More old people “will create enormous social change. Who pays tax in a massively aged world? Who pays for healthcare for the elderly? Who looks after the elderly? Will people still be able to retire from work?

23 countries are expected to feel this effect intensify, with their populations dropping to half of what they are now by the year 2100. Countries including Spain, Portugal, and Thailand will have their populations more than halve by the end of the century — “jaw-dropping.”

Africa will only feel the effects of decline much later, with populations in several African nations ballooning, instead of shrinking by 2100.

In fact, the researchers note that Nigeria is projected to become the second most populous country in the world, with 791 million people by 2100.

The global population will peak at 9.7 billion around 2064, according to the new projection, and then drop off to 8.8 billion towards the end of the century.