Black Paint On Turbine Blades Can Reduce Bird Deaths By 70% 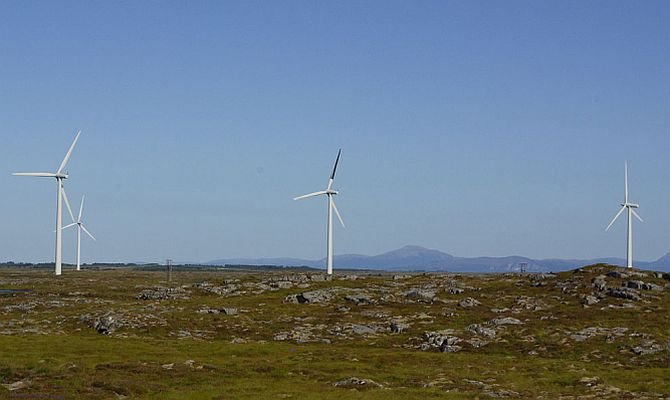 Wind power continues to be a viable source of renewable clean electricity production. Eventually, it could meet 35% of global power needs.

To achieve such a level of electricity generation from wind power, some problems will need to solved along the way. Bird deaths from collisions with wind turbines is one such problem.

If it’s possible to reduce the relatively tiny number of bird deaths resulting from wind power turbine collisions, it would be beneficial to wildlife to do so.

To that effect, researchers in Norwegian Institute for Nature Research studied a potential method to reduce these collisions.

They painted one blade each of four turbines in black color and also included four neighboring turbines as control group. To their amazement they found a 70% reduction in bird fatalities.

A possible reason for this outcome could be ‘increased contrast’ which makes the wind turbines more visible for birds, so that they can avoid collision.

They chose to paint only one blade black instead of all three, as they followed the design that performed best in reducing motion smear, which was investigated in a laboratory setting in the USA in the early 2000s.

Interestingly there were no white-tailed eagle carcasses found after the turbine blade painting.

However this needs be replicated elsewhere to see to which extent the findings might be species- and site-specific. There is interest to do so in South Africa and in the Netherlands.