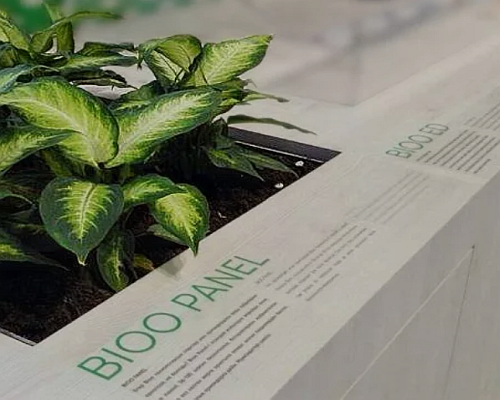 In a park on the Spanish island of Ibiza, a prototype for new renewable energy isn’t a huge spinning turbine or a field of solar panels. Instead, it’s partially hidden underground: a biological battery that is generating energy from the soil itself.

Bioo, the biotech startup, is treating nature as a battery to produce energy without harming the environment.

As it rains, or when the ground is irrigated, nutrients and microorganisms leach from the soil into the new biological battery.

Inside the biological battery, microorganisms feeding on organic matter produce protons and electrons, sending electrons to the anode and protons to the cathode. Air coming through holes in the exposed part of the panel provides oxygen.

The process produces a current that can power lights or sensors—and eventually, if scaled up, could potentially power an entire house.

The technology uses materials (such as graphite) that are more abundant than those used in solar panels, so when mass-manufactured, it could potentially compete on price.

One of the first places the tech will be used is on farms, where biological batteries can power sensors that gather data like humidity and pH of the soil.

The company, which is also working on more experimental technology that turns plants into switches that activate light or sound, expects to bring the Bioo Panels to the market by the end of 2021 or early 2022.

We have an energy technology, here and now, that’s producing electricity during daytime and nighttime, 24/7. It doesn’t matter if it’s raining or snowing, it will produce the same amount of energy. This just needs to be scaled up.