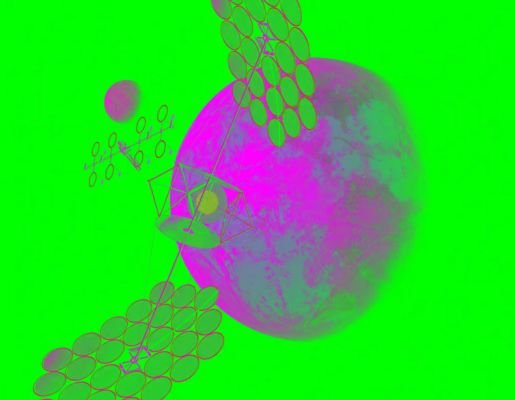 Renewable energy companies are trying to become the “new energy giants” they’re not just looking to take over the entire Earth’s energy industry–renewables are set to go galactic.

It sounds like science fiction: giant solar power stations floating in space that beam down enormous amounts of energy to Earth. And for a long time, the concept – first developed by the Russian scientist, Konstantin Tsiolkovsky, in the 1920s – was mainly an inspiration for writers.

A century later, however, scientists are making huge strides in turning the concept into reality.

While they’re still very much in the research and development phase, large-scale solar-based power stations floating in the Earth’s orbit could very well be the future of our global energy systems.

These solar power stations would then beam power down to Earth in a green and emissions-free energy solution without the same issues of variability that wind and solar experience down on the ground.

This beamed energy would have the potential to transform the global energy industry as well as the climate.

One of the key challenges to overcome is how to assemble, launch and deploy such large structures.

A single solar power station may have to cover as much as 10 sq km (4.9 sq miles) – equivalent to 1,400 football pitches. Using lightweight materials will also be critical, as the biggest expense will be the cost of launching the solar power station into space on a rocket.

Already, a team of Chinese researchers has developed a system that is projected to come online as soon as 2050.

The system, called Omega, “should be capable of supplying 2GW of power into Earth’s grid at peak performance.” That’s the equivalent of about six million solar panels.

The commercial possibilities for the space economy are so considerable and as yet untapped that Bank of America Merrill Lynch projected back in 2017 that the space industry could explode to more than eight times its current size by 2050 to reach a total value of nearly $3 trillion.