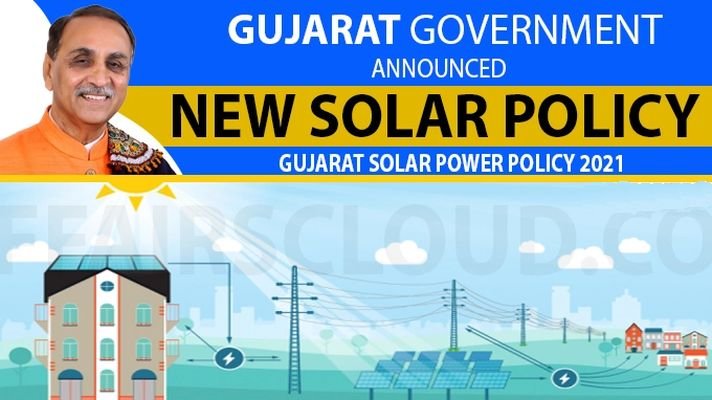 The Gujarat government announced the new ‘Gujarat Solar Power Policy 2021’ recently with incentives for residential, commercial, and industrial rooftop solar developers. The policy will be valid until December 31, 2025.

The industry thinks that introducing banking surcharges in policy for consumers will be a significant barrier to the growth of the solar sector in Gujarat. There will be no banking surcharge for residential consumers and government buildings.

However, it welcomes the removal of the existing ceiling of 50% of the contracted load for setting up rooftop solar systems.

With the removal of 50% ceiling on the contracted load, consumers will be able to satisfy their total energy demand with renewable sources while increasing their savings on electricity bills.

The new policy allows residential, commercial, and industrial consumers and projects set up for third-party sale to sell power to the state DISCOMs. They will have the freedom to set up solar projects for self-use. There will be no ceiling on the projects’ capacity.

The new Gujarat solar policy did not mention anything related to the implementation of net metering or gross metering process. Developers were awaiting clarity on this front.

Gross metering for over 10 kW projects can have a major negative impact on the sector’s growth in the state.

Gujarat, till this point, has a reputation for promoting rooftop solar. The state is number one and is home to 25% of the country’s rooftop solar systems.