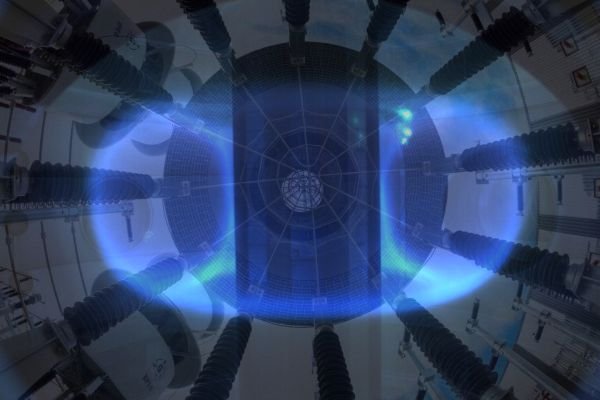 British engineers are preparing to test the fuel mix that could one day power the largest nuclear fusion experiment in the world.

Researchers at the Joint European Torus (JET), a fusion reactor at the Culham Centre for Fusion Energy in Oxfordshire, UK, began conducting fusion tests involving tritium, a radioactive isotope of hydrogen, back in December.

The tokamak, a commonly implemented donut-shaped reactor design, was converted into a one-tenth scale reactor of ITER, the world’s largest planned nuclear fusion research project that began assembly in July 2020.

ITER is set to start operations no sooner than 2025. This summer, researchers at JET will begin experiments involving both tritium and deuterium, a different hydrogen isotope.

The concept is simple, with plasma of both isotopes combining in order to release heat. The heat is the result of helium being produced, bringing temperatures inside the reactor up to 100 million degrees, several times hotter than the Sun’s core.

This additional heat then sustains further reactions. The researchers are hoping to sustain reactions for at least five seconds to collect all the data they need about how tritium behaves.

For now, this energy remains an extremely elusive form of generating power. But once realized, it could represent an entirely new form of virtually limitless energy — minus the risk of a nuclear meltdown.