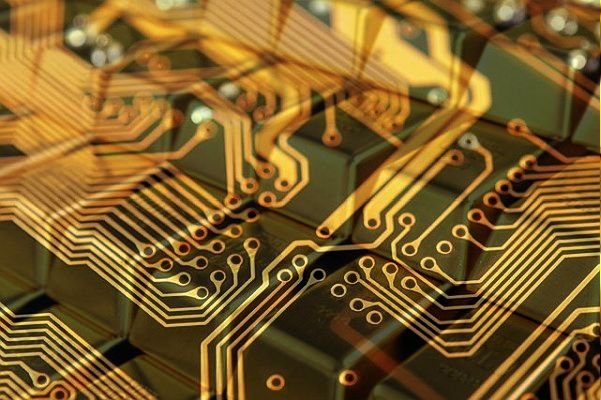 Despite intensive efforts throughout history to extract gold from the Earth, best estimates suggest that to date only 190,000 metric tonnes of this precious metal have been mined.

An amount that will surprisingly fit into a cube of approximately 20 metres on each side (which might be the reason why gold is less and less the basis of our currency).

But gold remains the foundation of the luxury jewellery industry and, in recent years, has become one of the most prominent materials in the production of our latest obsession – modern electronics.

Given the persistent rise in electronics production, and the limited and diminishing supply of gold, how will we maintain the supply of this precious material for many years to come?

One solution might be found in the recycling of electronic waste, a process often referred to as urban mining.

Given that a metric tonne of recycled laptop circuit boards can have between 40 and 800 times more gold than found in a metric tonne of ore, it seems irrational to redeposit the precious metal into the earth via landfills.

Despite this, and the fact that urban mining is growing more cost-effective by the day, only 20 per cent of all electronic waste is currently recycled.

In 2017, the Global E-Waste Monitor projected that the amount of electronic waste generated by the end of 2021 would reach 52.2 million metric tonnes.

Given these numbers, it is estimated that the value of the gold in our garbage exceeds €10 billion ($11.2 billion).

For instance, the valuable metal is appearing in sewage systems throughout the world, the result of its increasing use in various industries. As well as in sewage, trace quantities of gold are also found in both freshwater, such as rivers, and seawater.

Many have dreamt of extracting gold from here, yet to date all efforts have failed. The lack of success stems from the absence of an adequate and Eco-friendly chemical process that is able to efficiently concentrate the precious metal from such dilute solutions.

The fact that our seas are laden with this valuable metal continues to fuel the efforts of many scientists around the world, even if no technologies have yet demonstrated performance in such complex environments.