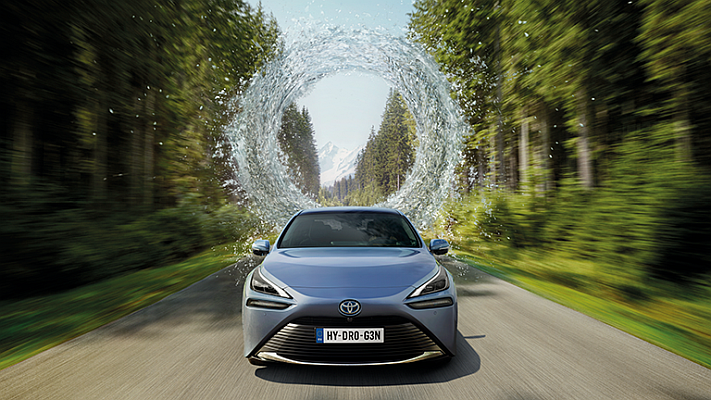 Toyota has been largely content to hang out in the background and sell variations of its Synergy hybrid powertrain but now the wheel has turned and Toyota must either join the EV revolution or risk being left behind, they seems to have voted in favor of joining…

Toyota claims it will have 7 electric vehicles in its bZ lineup soon, along with 8 more BEV vehicles that will be sold under other brand names.

Toyota revealed almost no specifics about its forthcoming bZ4X, but it will have to compete on size and price with the Ford Mustang Mach-E, Volkswagen ID.4/ID.5 twins, and the Tesla Model Y.

The car is about the same size as a current RAV4, but has a longer wheelbase and more interior space. Battery size, range, charging speed, price, and other specifics will have to wait for another day.

However, Toyota has every intention of continuing to bang the drum for its proprietary Synergy hybrid drivetrain it introduced in the Prius 30 years ago, which now accounts for a quarter of its passenger car sales.

It also has 4 plug-in hybrid models like the Prius Prime and RAV4 Prime.

It proudly proclaims that all its hybrid cars together have prevented 140 million tons of carbon dioxide from entering the atmosphere.

No doubt that is true, but think how much more could have been accomplished if the company had embraced battery electric cars sooner.