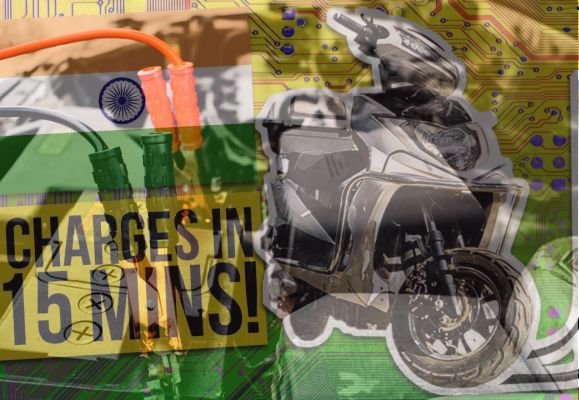 For over a century, cars have depended on energy-generation through internal combustion engines that use petrol or diesel. And now, all that needs to be done is to replace the method of energy generation to cleaner ways that lead to no harmful emissions.

A Bengaluru-based startup called Log9 Materials believes that the key is to focus on energy-generation, instead of energy storage.

Log9 Materials say that a car powered by aluminium fuel cells can have a range of 1000 km post which the aluminium plates can be replaced within minutes.

It has launched what it says is a first-of-its-kind rapid charging battery technology for electric vehicles, which is capable of fully charging EV batteries in under 15 minutes.

Log9 Materials has utilized its expertise and know-how of supercapacitor technology and Graphene material to develop the battery, which makes the new technology far superior as compared to the EV batteries available in the domestic and global markets.

The start-up claims that its rapid charging battery packs can be fully charged in less than 15 minutes, last for more than 15 years, offer upto 5x power (resulting in increased load-bearing capacity and acceleration) and is 5 times safer in terms of fire-resistance and impact-resistance, when compared to the popular lithium-ion batteries.

Log 9 is specifically targeting B2B last-mile delivery segment for the deployment of its rapid charging batteries for which it has partnered with companies in the logistics, mobility, and e-commerce space to run pilots for its newly-launched battery technology.

The large-scale pilots have already commenced in partnership with companies including Amazon, Vogo, Shadowfax, Delhivery, among other key fleets operators of the country.