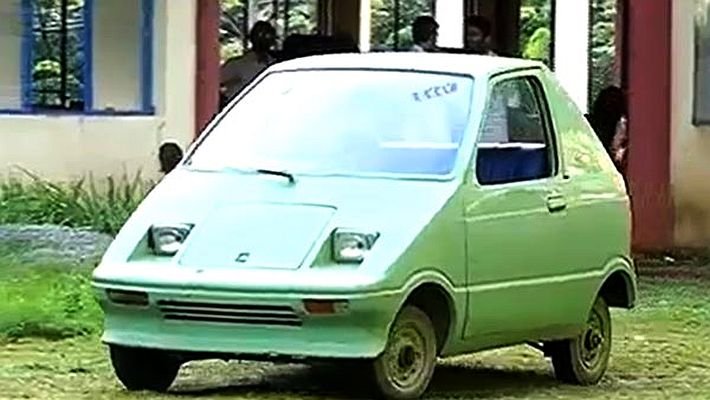 During the initial days of Indian automobiles, manufacturers experimented with different technologies. One such manufacturer launched an electric car called – the Lovebird.

The Lovebird was manufactured by the Eddy Electric series in 1993. The vehicle was first showcased at the Auto Expo in Delhi. It also received a few awards following its launch.

The manufacturers behind the Lovebird were Eddy Current Controls (India) in collaboration with Yaskawa Electric Mfg. Co. from Tokyo, Japan. The car was produced in Chalakudy, Kerela and Coimbatore, Tamil Nadu.

The Lovebird was a two-seater car that ran on a direct current electric motor powered by a rechargeable portable battery. The battery packs were not as advanced back then and therefore a lead-acid battery pack was used.

The Lovebird came with an electronic chopper which helped the car with a smooth speed control system to the driver. It had a four-speed transmission with a reverse gear to provide efficiency at par with other cars in the market. The car could run up to 60 km on a full charge.

The Indian Government was also on board at first and gave it a green signal. However, due to really low sale volumes, the manufacturer had to stop production.

The units sold didn’t even cross a three-digit number for the Lovebird and subsequently the government also withdrew its subsidy for buying an electric car which in turn made the car expensive, this marked the end of India’s first electric car.