Wind Energy Is Must For A Zero Emission Future 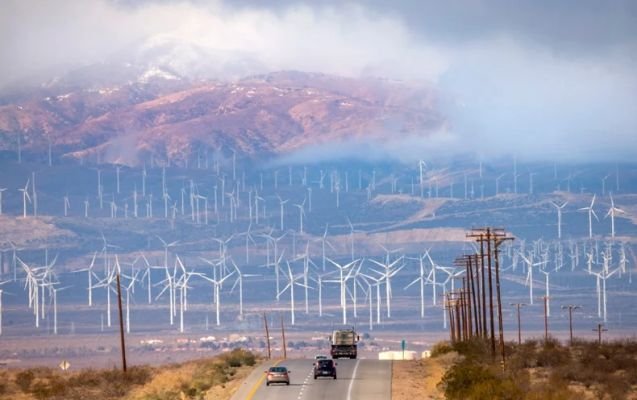 Wind Energy is essential for our zero emissions future because it is a clean fuel energy source, is cost-effective, and can be built on existing farms or land or offshore and — it’s renewable and infinite, too!

Today’s wind is harvested by land-based or offshore wind farms that are mainly comprised of wind turbines.

Wind turbines are mounted on a tower at 100 feet (30 meters) or more above ground; that height is necessary to take advantage of faster and less turbulent wind.

Turbines catch the wind’s energy with their propeller-like blades. Usually, 2 or 3 blades are mounted on a shaft to form a rotor.

In the 21st century wind energy has risen to the top of the renewable energy mix. Vestas, the Danish wind turbine company, has developed a new offshore wind turbine designed specifically for use in typhoon-prone areas.

The company’s V236-15.0 MW will produce 15 megawatts of electricity — the highest output of any offshore wind turbine in the world.

The next closest is the GE Haliade X-13, which will be installed in the UK’s Dogger Bank offshore wind project in the North Sea.

CleanMax is developing the zero emissions wind energy project in the western state of Gujarat, India.

In the US, the Biden administration announced this month a plan to deploy 30,000 megawatts of offshore wind turbines in coastal waters nationwide by 2030, enough to power 10 million homes.

Wind energy is a marvel — we can use it to benefit the climate, the environment and the economy.