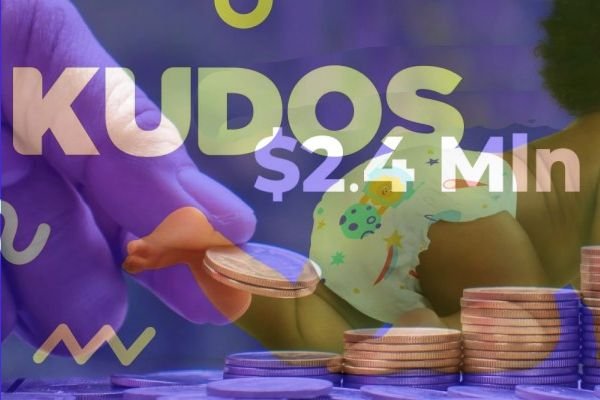 The eco-friendly, cotton-based diaper startup Kudos has just raised $2.4 million in seed funding for the production of its innovative disposable yet sustainable diapers.

Most disposable diapers are actually a big environmental problem. A child will use an average of 5,000 diapers before they are potty trained, and a whopping 95% of parents use disposable diapers. When you extrapolate these figures out, it adds up to a whole lot of diapers.

The most popular disposable diapers are notoriously full of chemicals and plastic. The vast majority of these diapers end up in landfills.

Since its inspection in 2019, Kudos has been working on a solution to parts of this problem, and it is claiming a victory with its new diapers.

Kudos claims that cotton is a more breathable, softer material that is hypoallergenic and as a result is much kinder to babies’ bums and helps to reduce conditions such as nappy rash and eczema.

Due to the development of this cotton layer, it’s the only diaper to have received the cotton natural seal from the non-profit organization Cotton Inc. Kudos also claim that the diapers use four times more plant-based materials in their production when compared to other mainstream disposable diapers.

Kudos is entering a market space that is already pretty well catered to. Whether the use of cotton instead of plastic will be enough to sway consumers remains to be seen, but this investment round shows that there is confidence in its offering.

The investors in the round include Precursor Ventures. SV Angel, Liquid 2 Ventures, Foundation Capital, PJC, and more.