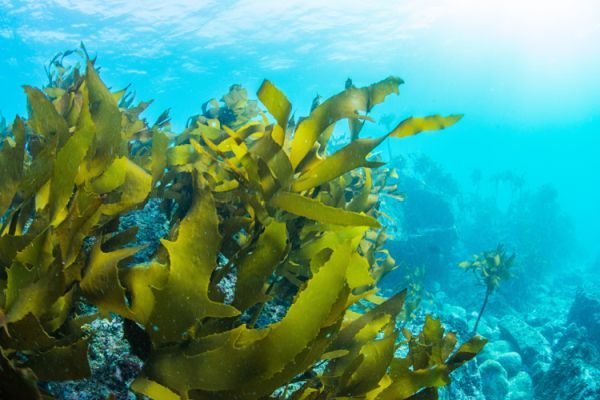 In 2019, the “dead zones” in the Gulf of Mexico — areas with too little dissolved oxygen in the water to support aquatic life — totaled almost 7,000 square miles.

The Gulf is 618,000 square miles in area. 7,000 is just a tiny percentage of the total. “Can’t those fish and shrimp and octopi just go swim somewhere else?”

Just to put things in perspective. New York City is a measly 302 square miles. Rhode Island is only 1,200 square miles. Its little like saying all the people in NYC and Rhode Island should simply move if the oxygen level in the air around them drops so low they can’t breathe.

Where do dead zones come from?

Mostly from the deluge of nutrients that wash down the Mississippi River and other waterways into the Gulf from 32 states.

Those nutrients feed huge algae blooms which actually create oxygen — for a while. But as quickly as the algae grows, it suddenly dies, sucking oxygen out of the water and leaving oxygen depleted dead zones behind.

Researchers at the University of California Santa Barbara say seaweed aquaculture is capable of removing large quantities of nitrogen and phosphorus from coastal ecosystems, yet seaweed has gained little traction for its potential role in targeted nutrient assimilation.

Using open source oceanographic and human-use data, the researchers identified areas of the Gulf that are suitable for seaweed cultivation. About 9% of the United States’ exclusive economic zone in the Gulf could support seaweed aquaculture, particularly off the west coast of Florida — where the last algae bloom two years ago decimated that state’s tourist based economy.

Cultivating seaweed could largely pay for itself. There are numerous cap and trade systems in place throughout the US designed to restrain the amount of nitrogen and phosphorous that runs into American waterways as well as other economic incentive programs designed to curb agricultural run-off.

Seaweed aquaculture would fit nicely within these initiatives.