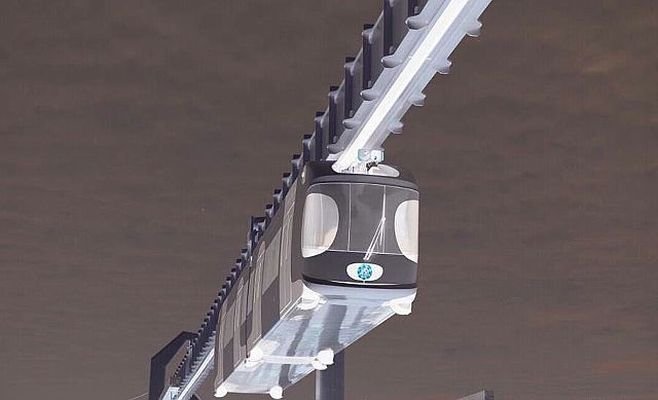 A glass-bottomed sky train rolled off production lines in China last week. With glass paneling on three sides, the panda-themed sky train provides passengers with stunning panoramic views of the city below.

It is different from the subway or light rail, which serve as the main public transport modes of the city, in that the air-rail project combines the characteristics of tourist traffic and sightseeing, connecting places with relatively small passenger flow.

With its floor-to-ceiling glass windows, the sky train offers people on board an expansive, 270-degree view of the landscape below – but that’s not the only reason it is turning heads in China. The demonstration vehicle, which looks like a panda, has been designed to remind people of China’s most famous animal.

The maximum capacity of one carriage is 120 people and the train can travel at a speed of 80 km/hr.

The Dayi Air-rail project is being developed by Zhongtang Air Rail Technology. They aim to finish construction by the end of the year. The new generation of vehicle weigh about 2.5 tons, 0.5 tons less than traditional ones, and has the lowest self-weight coefficient in the industry.