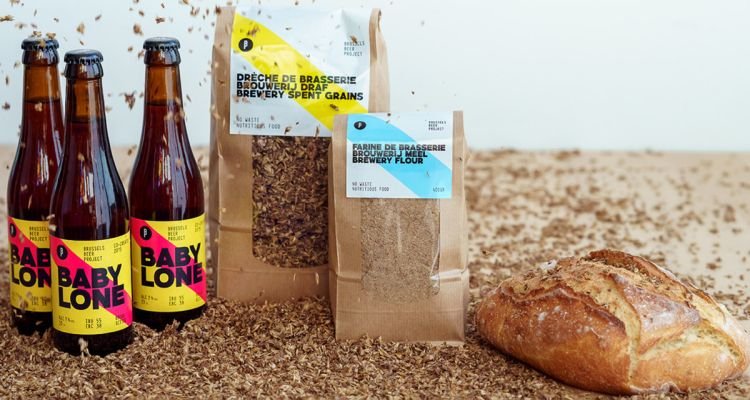 A Belgian brewery is taking recycling to the next level. The Brussels Beer Project says it’s the first in Europe to turn old bread into beer, and then use brewing waste to make bread.

The small brewery was established in 2013 in the heart of Belgium’s capital with the idea of reinventing the traditional Belgian brewery.

It uses unsold bread as the basis for its “Babylone” beer — a name inspired by ancient Mesopotamia, where people used to drink a fermented beer made with bread. The company has recycled about 50 tons of bread since it first started brewing Babylone beer in 2015.

The idea is spreading.

They shared the recipe with Tristram Stuart [an environmental and food campaigner] which led to the creation of Toast Ale,” a London-based brewery recycling bread into beer. The British brewery says it has already saved 42 tons of CO2 emissions since its creation in 2016.

The Brussels Beer Project is now closing the loop by producing flour from the spent grains of the brewing process, which is sold to local bakeries.

When Brussels Beer Project started the environment was not a priority but due to a push from some of the employees the company now plans to create an an environmental board that would sit next to its executive board.

It also recently committed to reduce its water and electricity consumption, as well as its organic waste by 10 percent annually, be carbon neutral within the next two years and offset all its CO2 emissions since the start of the brewery.