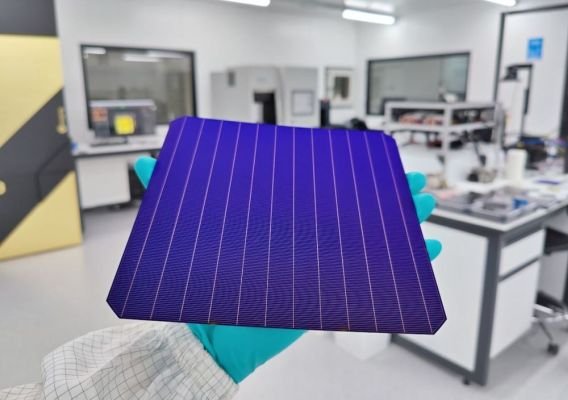 SunDrive is a solar technology start-up based in South Sydney, Australia.The company was founded by University of New South Wales (UNSW) graduates Vince Allen and David Hu in 2015 to accelerate solar cell development in Australia.

They’ve grown from a small PhD project in a garage to producing some of the most efficient and cheaper solar cells ever made. The company achieved this feat by replacing the expensive silver typically used to pull electricity out of the devices with plentiful, cheap copper.

Solar panel makers now consume as much as 20% the world’s industrial silver each year. When silver prices are high, the metal alone can account for 15% of a solar cell’s price.

The issue preventing solar-panel manufacturers from ditching silver has been that copper doesn’t lend itself to the standard manufacturing techniques, in part because it doesn’t stick well to solar cells.

SunDrive Solar however seems to have been able to crack this chemistry and eventually developed technology that makes it possible to securely adhere thin lines of copper on solar cells.

Just this week SunDrive received official word that it had set a record for the efficiency at which its particular design of solar cells convert light to electricity. The result came from analysis by the Institute for Solar Energy Research Hamelin (ISFH), a German organization known for conducing such tests.

The efficiency figure — 25.54% — will mean little to people outside of the solar industry. But it’s is one of the key metics by which cells are compared.

Large Chinese solar cell makers have topped the efficiency records for years. Longi Green Energy Technology Co., which sold $8.4 billion of solar technology last year and is one of the world’s biggest manufacturers, held the previous top mark of 25.26%.

The next step for SunDrive will be proving it can mass produce solar cells reliably and cheaply.

​This a Syndicate News Feed; edited by Clean-Future Team